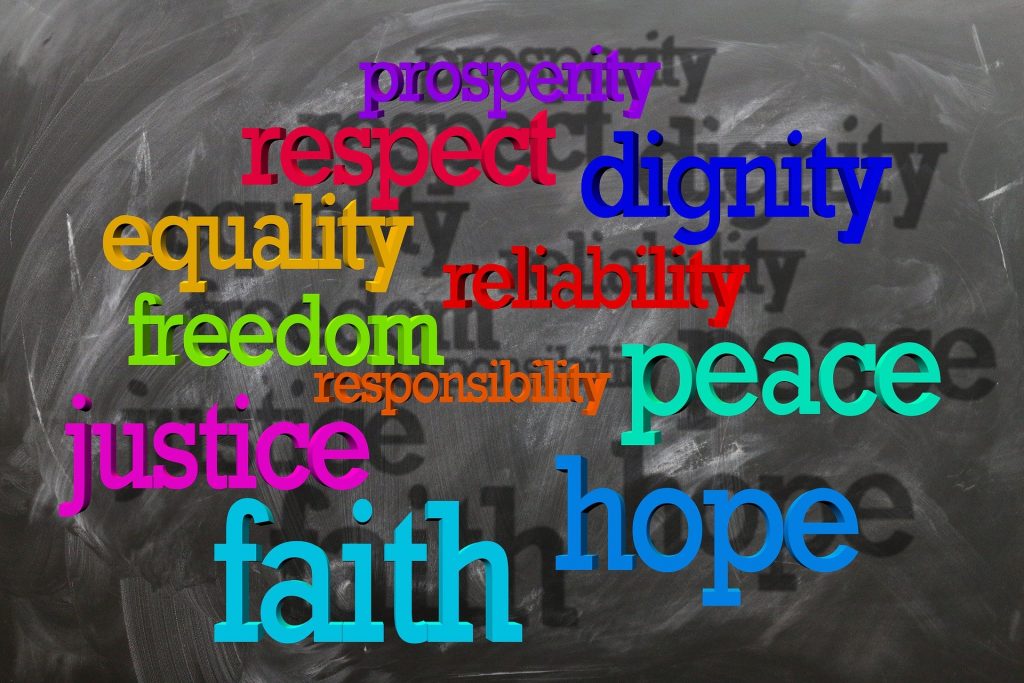 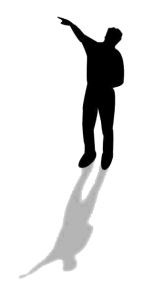 "The probability that we may fail in the struggle
ought not to deter us
from the support of a cause
we believe to be just."

Please note that this is a moderated discussion forum. Anyone who wants to post a constructive opinion is welcome to do so and their post will be published, regardless of its point of view. What will NOT be published are posts from people who try to make their opinion prevail by attempting to intimidate others or posts by people who only try to demean others' opinions.

How much, How fast ?

Are we doing enough, too little or too much to create social justice in our society?

And what is the role of business in fostering social change? 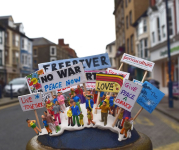 In North America, and in other parts of the world, we have intense pressure for social change. We have "woke" ideals, BLM (Black Lives Matter) protests, the #MetToo movement, a "Truth and Reconciliation" process, and much more. All this is trying to get us, as a society and as individuals, to realize the error in our historical ways and commit personally to push for a future with equality and justice for all.  This is not a new idea, but it is one that is growing amongst the general population, and is no longer the purvue of "fringe" groups.

We have political leaders apologizing for the sins of our ancestors. Their sincerity is sometimes called into question with people often quoting Dr. Thomas Sowell, an American economist, who, in his 2010 article at https://patriotpost.us/opinion/5083-too-many-apologies-2010-02-24 said "This craze for aimless apologies is part of a general loss of a sense of personal responsibility in our time. We are supposed to feel guilty for what other people did but there are a thousand cop-outs for what we ourselves did to those we did it to."

We have attempts - some successful - to destroy symbols or remove recognition of famous people who may have significant, positive accomplishments, but who also had negative actions associated with parts of their history. Are we destined to not learn from history because we are trying to deny it?  Why is there a different reaction to this than there was to the Taliban destroying religious statues that they thought represented something bad?

And of course, once a cause has become popular - which is different than becoming the norm - is it possible to have a balanced, productive discussion about it? Or are we bound to accept the "You are with me or against me." mentality that polarizes discussions and prevents informed decisions?

As can happen with a push for significant change, the pendulum sometimes swings past the point where we would like see the desired end state. This is often defended with arguments along the lines of "We have suffered too long and heard too many empty promises. Drastic measures are needed NOW to quickly bring about the changes needed.". 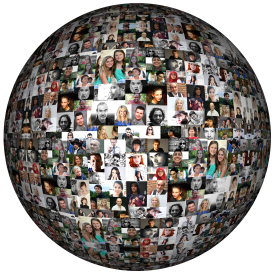 What needs to happen to create REAL change ?

Some organizations - including Canada's federal government - are creating what can best be described as quotas, requiring representation of minorities before financial or other support is provided for a project. An article at https://nationalpost.com/news/canada/minority-professor-denied-grants-because-he-hires-on-merit-people-are-afraid-to-think highlights a situation where a Canadian professor of East Indian descent applied for a research grant, and when asked his status on hiring minorities said "We will hire the most qualified people based upon their skills and mutual interests.". He had two research proposals turned down. In the reasons given for one rejection, he was told "... the Equity, Diversity and Inclusion considerations in the application were deemed insufficient.”.

When a more qualified person is turned down for a job because the organization is required, due to quotas or other reasons, to hire a specific minority, do you believe that person will support further activities to push for social justice?

Racism, sexism and other biases and prejudices do exist. This is true in Canada and in the USA, as evidenced by some very public examples by individuals and some institutions whose job it is to uphold the laws and ensure justice in our society.

Are we doing it right ?

But there are some that would say we are going too far, too fast, and it will actually create a situation that worsens divisions, not ameliorates them.

We now find organizations and individuals pushing back against the social movements talked about above. 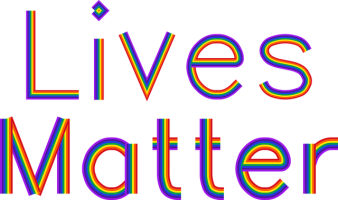 We now have anti-BLM movements called WLM (White Lives Matter) and ALM (All Lives Matter). And of course, there are arguments against such counter-movements as expressed in the article at https://www.huffpost.com/entry/dear-fellow-white-people-_b_11109842 where one of the points made was 'If you went to a Breast Cancer Awareness event, you wouldn't think that they were saying that other types of cancer don't matter. And you'd be shocked if someone showed up with a sign saying "Colon Cancer Matters" or chanting "All Cancer Patients Matter".'. So what is it about saying "Black Lives Matter" that generates a backlash?

According to https://www.history.com/topics/reconstruction/ku-klux-klan, by 2016, the KKK (Klu Klux Klan) had been in steady decline for years, with numbers falling to no more than 6,000, down from over 4,000,000 in the 1920s. But more recently, according to https://www.usnews.com/news/best-states/articles/2017-08-14/the-kkk-is-still-based-in-22-states-in-the-us-in-2017, in some areas of the USA, the KKK has increased membership, with over half the active KKK groups being formed since 2017. Is the hard push for immediate, dramatic social change actually pushing more people to go the other way? 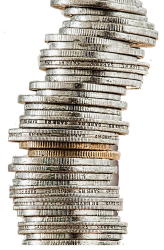 We find very rich, powerful men pushing back, emboldened by recent political and populist events in the USA and elsewhere. The article at https://www.bloomberg.com/news/articles/2021-11-12/maga-etf-anti-woke-investing-targets-trump-loving-conservative-traders describes ETFs (Exchange Traded Funds) in which you can invest to support companies that do NOT support the woke movement. This flies in the face of the ESG (Environmental Social Governance) emphasis being placed on individual stocks and ETFs which promote companies for their "progressive" stances on these three areas.

In general though, senior financial advisors are very leery about mixing business with politics, which, in their definition, includes social issues. According to the article, financial advisors do not want to upset clients "...who might get angry if they are placed in funds that conflict with strongly held political views". It does appear money trumps all else.

What role does business have ?

So let's bring this down to business.

What is the role of business in this - and for that matter any - social issues? 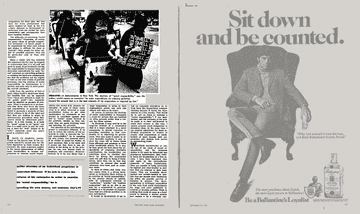 Keep in mind that for over 40 years, CEOs were guided in their thinking by the words of Milton Friedman, a celebrated economist, who, in a 1970 article in the New York Times - https://www.nytimes.com/1970/09/13/archives/a-friedman-doctrine-the-social-responsibility-of-business-is-to.html - declared that the ONLY role of a corporation is to make a profit. A corporate executive has no responsibility whatsoever to concern themselves with social issues - including such explicitly identified activities like "eliminating discrimination". In fact, Friedman says, any CEO who does talk about social issues as part of their business strategy is an "unwitting puppet of the intellectual forces that have been undermining the basis of a free society these past decades". According to Friedman, "There is one and only one social responsibility of business — to use its resources and engage in activities designed to increase its profits so long as it stays within the rules of the game, which is to say, engages in open and free competition without deception or fraud.".

There are now opposing views to this manifesto, as evidenced by the more current New York Times article at https://www.nytimes.com/2020/09/11/business/dealbook/milton-friedman-doctrine-social-responsibility-of-business.html , but the mere fact that this latter article is even required in 2020, is testament to the influence Friedman still holds in some circles even today. The ESG activities mentioned above and the previously labelled CSR (Corporate Social Responsibility) theories and actions, are additional proof points that something has changed.

But the question is, for most competitive corporations, how much has really changed and how much is window dressing or public relations? And how much should be changed?

And what is right for your business? 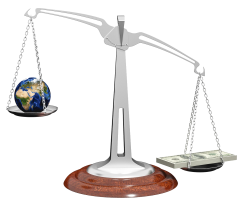 There are some who advocate for business to actively get involved in social change. See https://www.weforum.org/agenda/2020/11/business-post-covid-change-makers-social-enterprise . Some would propose that business is just now starting to get involved and have much more to do. See https://www.forbes.com/sites/forbesnonprofitcouncil/2019/02/26/businesses-and-social-change-were-at-the-starting-point-not-the-finish-line . And some who believe it is a mistake for business to get involved. See https://philanthropynewsdigest.org/news/companies-should-focus-on-bottom-line-not-social-responsibility-report-argues .

Can society truly change if business values and standards do not?

Can North American business prosper if international competitors do not accept social responsibility as part of their mandate?

So, Too Little, Too Much or Just Right? Are we moving too fast in too dramatic a fashion, or not fast enough? You may have thought this was a Goldilocks question, but it is one we face today - and will face for some time to come.

I'd enjoying hearing your constructive thoughts.

Who knows, maybe someday we will all just form one chain of humans, with no barriers and no broken links?

Image of Buddha statue at Bamiyan from Wikimedia Commons

NYTimes Image from Sept 13, 1970 from https://www.nytimes.com/1970/09/13/archives/a-friedman-doctrine-the-social-responsibility-of-business-is-to.html

Unless otherwise stated, other images sourced from www.pixabay.com